The focus of the Roots of Knowledge Empowerment Institute (ROKEI) is to address critical educational gaps that exist in many schools, keeping black students from fully understanding their ethnic heritage. Immersing students in Pan-African curriculum enables them to be proud of who they are, understand how interconnected we all are, and know how our culture has impacted the global society. We further promote health and wellness by providing workshops and clinics in lifetime sports in an energy-filled supportive environment. We do this by:

The classroom is a place of participation, and discovery where students will be expected to come to class prepared to expand their horizons. The Institute serves students between grades 3 through 12. To insure we’re able to connect with each student, we maintain a student-to-teacher ratio no greater than 7:1.

UNTIL LIONS HAVE THEIR OWN HISTORIANS,
TALES OF THE HUNT SHALL ALWAYS GLORIFY THE HUNTER.

We strive to develop healthy Pan-African identities and general wellness for black children while providing opportunities to participate in activities that are often not infused in schools. When students are able to articulate the significance and contributions of black academics, athletics, and art, and confidently take their experience back into their school classrooms, our vision is realized.

ROKEI programming is developed to teach and nourish healthy ethnic identities and provide a sense of connectedness with students’ rich African diaspora history. Students are immersed in Pan-African curriculum and activities that teach lifelong skills in an environment designed for open discussion and deeper examination. Students participate in both group and smaller break-out discussions. They practice their public speaking, analyzing and writing skills, and develop artistic and athletic capabilities. 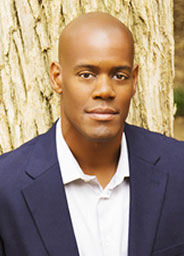 ROKEI founder, Jonathan A. Carroll, Ph.D. is an educator who seeks to impact the lives of youth from as many angles as possible.  With over twenty years of experience in environments from K-12 schools to top universities, Dr. Carroll is a scholar working to document the experience of students and teachers of color within the educational landscape. Through this immersion, he has seen the need for students of color to be more purposefully educated about the breadth of their rich culture and history and its roots in the African diaspora.  This is the foundation of the ROKEI vision.

“I really see the value of this program as filling in an aspect of education that students of color don’t get in school.”

“My daughter has not done the in-person camp but has participated in several of the Roots of Knowledge programs virtually over the year. When your children are able to attend you will not go wrong with Jon’s programs.”

Dr. Carroll was born into a family of educators and is the oldest of three children raised in  Philadelphia. His upbringing made him keenly aware of the impact of being educated both inside and outside of the classroom. As such, he has used a lifelong love for swimming and sports to extend his reach beyond the school walls. After earning a Bachelor’s Degree in Anthropology from the University of Pennsylvania, Dr. Carroll completed his Master’s Degree at Drexel University while also working as an elementary teacher assistant and swim coach. These were defining moments in his maturation as both educator and coach.
Dr Carroll and his wife Nkechi moved to California in 2004 where he continued to develop his teaching and coaching resume.  He was named Head Coach of Team Santa Monica in 2006, and proceeded to lead the growth of the team from 85 athletes to over 200.  In the process he developed swimmers who competed in National competitions including the 2008 Olympic Trials and matriculated to some of the nations most selective colleges and universities. All of this was done while he pursued his doctorate at the University of California, Los Angeles (UCLA). Dr. Carroll successfully defended his dissertation titled Guess Who’s Coming to Class: Examining the Pedagogy of a Black Male Teacher Educator in June of 2011.

Since 2012 Dr. Carroll has worked at Harvard-Westlake school first as the Head of the Swimming program and currently as a 7th Grade Dean.  His continued drive to maximize the experience of students navigating the K-12 pipeline lead to the creation of ROKEI in 2015 to help fill cultural gaps he saw in school curricula and to fortify students’ cultural identity.